The French government under the support of the French ambassador to The Gambia, Christopher Bigot, has awarded Dr. Cherno Omar Barry for his contributions in promoting the French language in the country.

The ceremony was held on Tuesday at the Alliance Française in Banjul and was graced by ministers and other dignitaries.

The French ambassador to The Gambia applauded Dr. Barry, saying he has been very active as the chairman of the Alliance Française in Banjul. He added that he has also been very instrumental in the success of the Franco by providing a place for Gambian culture to exchange with France, promoting artistes and now extending a new dimension by hosting the new French school. 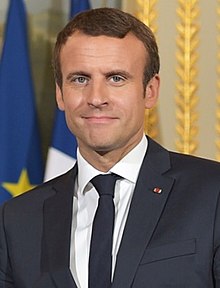 He said Dr. Barry has been very successful and he has the quality of a civil servant by building many relations with ministers and other dignitaries within the country.

Now Read This:  GAMBIA: IS PRESIDENT ADAMA BARROW BITING THE HANDS THAT FED HIM? 👍

“France has done a lot in the last 18 months. Since the New Gambia, we have decided to come back and to be active in a country that we left,” he said.

Ambassador Bigot explained that since March 2017, they have been active in many fields in The Gambia by helping the Ministry of Justice in the transitional justice; in the work of truth and reconciliation commission. He added that they have started the navy coast in Banjul and the military cooperation with Alliance Française in Senegal.

“We decided to be more active in the economic field, by allowing to give commerce grantees to French companies and to contribute in The Gambia National Development Plan.”

Bigot disclosed that The Gambian requested to be part of the French speaking countries’ organisation and they strongly welcomed that request because The Gambia is a country where French is well spoken by the citizens.

Cherno Omar Barry, the awardee and also the chairman of Alliance Française expressed his gratitude, saying he was humbled by the award.  He, however, dedicated the award to all those that have been promoting French in The Gambia in all its form.

“I receive this award, not because I am more qualified or have contributed more to the language than any, but because I became the representative of all the efforts done by many lovers of the language. I fondly remember the days at Two Hill Street in Banjul when I was the youngest of all and was called the Benjamin,” he recalled.

“I have had the privilege to study French at the Alliance Française since 1987 and obtained the Diplome de Langue Française in 1988, then a young unqualified teacher, ashamed to face my students and could not speak a word of French event where I got excellent results at my O’Level,” he further said.

Now Read This:  So far the lead council and his team are doing great,they only need to acquaint themselves with some of this military terms so that they are not baffle with the witnesses.