The Nigerian Senate on Tuesday urged the federal government to address all cases of xenophobic treatment allegedly suffered by Nigerian nationals in The Gambia and other African countries.
This decision follows a motion by David Umaru (Niger-APC) on the status of bilateral cooperation agreement between Nigeria and The Gambia and alleged ill-treatment of Nigerian judicial officers seconded to Gambia under the agreement.

Mr Umaru said there is a long standing bilateral cooperation agreement between Nigeria and The Gambia under which Nigeria as the donor country is required to provide suitably qualified personnel to fill cadre posts in the public service of Gambia, the receiving government.
He noted that Nigerian lawyers have taken advantage of the agreement to apply and secure contract employment with the Ministry of Justice of Gambia as well as the judiciary of Gambia. 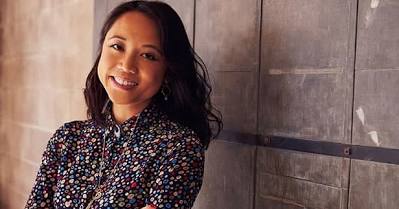 He added that since 1965 when this agreement was signed, Nigeria has been honoring her obligations and has made great sacrifices for Gambia by providing her citizens to serve in the legal, health, education, and other sectors of the Gambian economy.

Now Read This:  The leader of the United Democratic Party said the former military strongman has stolen the country’s first election from them.

Mr Umaru said that Nigerian judges and other legal personnel, who served in Gambian Judiciary and Ministry of Justice, have recently been complaining of ill- treatment, hatred and xenophobic attacks.
He mentioned these ill-treatment to include: “Refusal to provide working facilities to enable them discharge their official functions effectively, and underpayment of salaries and in some cases refusal to pay same as and when due;

“Refusal to provide accommodation to Judicial officers seconded to the Gambia from Nigeria, eviction of some with members of their families from their rented or hotel accommodation without alternative accommodation provided;
“Arbitrary removal or dismissal from office without reasonable cause and without recourse to the neither the bilateral agreement nor The Gambian Judicial Service Commission;
“Deliberate and unfair exclusion of Nigerian judicial officers seconded to The Gambia from foreign training programs;

He said the complaints of the affected judicial officers are yet to receive the deserved attention by appropriate Nigerian authorities several months after written complaints have been forwarded to appropriate quarters.
The Senate in adopting recommendations of the motion mandated its committees on Judiciary, Human Rights, Legal Matters and Foreign Affairs to investigate the status of the agreement and make appropriate recommendations.

The Senate also mandated the committee to investigate allegation of ill-treatment and other xenophobic attacks on Nigerian judges and other legal personnel serving in Gambia, and make appropriate recommendations.

The lawmakers also urged the federal government to urgently address all cases of xenophobic treatment allegedly suffered by Nigerian nationals in Gambia, South Africa and any other African country where similar agreements exist.