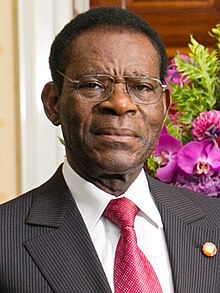 Their discussions centred on strengthening bilateral relations between The Gambia and the two countries. The UN has also committed to continue support The Gambia.

On the other hand, heads of state at the 31st Summit of the African Union (AU), on Monday discussed the issue of migration with the European Union (EU), an issue that has gripped the continent for so long now.

The two sides had the opportunity to talk about several critical issues about migration including management of the migration crisis by the European Union (EU).

At a press conference on Monday, Nasser Bourita, the Foreign minister of Morocco, strongly condemned the forthcoming creation of a landing platform for migrants outside the EU.

This project was announced last week by the EU to repress illegal migrants. “It’s a bad decision,” said Nasser Bourita. It is an easy solution that can only be counter-productive. “

“Our union cannot make a double standard,” says Moussa Faki Mahamat, who has condemned gross violations of migrants’ rights elsewhere and has been practicing ‘ostrich’ on similar facts about continent.

The summit this year is placed under the sign of the Fight Against Corruption. Several topics were on the agenda, such as the AU Reform or the Establishment of the Continental Free Trade Area (CFTA).

On the crisis in the Democratic Republic of the Congo (DRC), Moussa Faki Mahamat, the chairperson of the African Union Commission currently holding its urged each party to engage in dialogue and to “go beyond personal interests.”

On the question of Western Sahara, the heads of state have appointed a troika who will become the interlocutor of the United Nations. From now on, all the decisions of the management of this crisis will be made from New York and not Addis Ababa.