The Gambia’s only referral and teaching hospital is facing a resource crisis specifically with its x-ray machine which is said to be operating below its capacity.

Lamin Jahateh, a journalist in the country tweeted about the crisis on Monday appealing that the Edward Francis Small Teaching Hospital, EFSTH, needed help.

He said the x-ray unit currently operated with one machine that was old. According to him, ‘when it’s too hot, it goes off. Patients keep patience until it’s cooled.’

He weighed in on the president’s recent pledge to donate 10% of his salary to advance the cause of national development asking whether the president’s donation could help in any way. 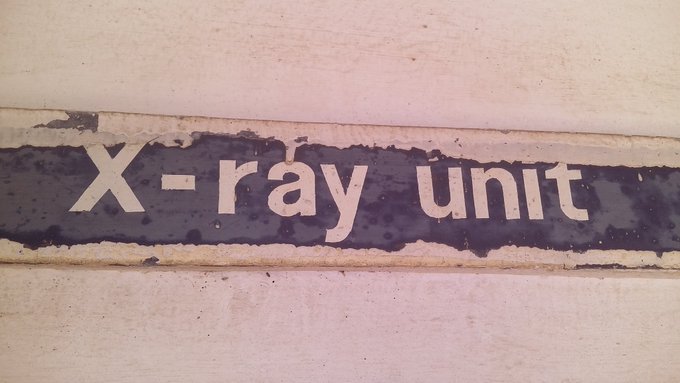 XRay Unit of #Gambia‘s major hospital, EFSTH, needs help. 1 XRay machine is working n it’s old, when it’s too hot, it goes off. Patients keep patience until it’s cooled. Average price of XRay machine is less than $15k. Hope someone is able to help. Or perhaps #Barrow 10% will do!

EFSTH, formerly the Royal Victoria Teaching Hospital (RVTH) was built in 1855 by the British  Government who also provide funds for substantial improvement in facilities.

Its operation was improved with the help of the Sister St. Joseph of Cluny in 1903 and subsequently the British Government handed it over to the Gambia Government.

Health care is a big deal across most of Africa, more so for a country like the Gambia. The West African country is looking to bounce back from over two decades rule by former leader Yahya Jammeh.

At the heart of the current government’s reforms are a look at the political system and human rights and revamping a slumped economy. Jammeh is accused of rights abuses and financial recklessness during his time in charge.

Other Gambians weighed in on the issue Lamin raised, below are a few responses:

I have literally just been complaining about the quality of X-rays it produces. Again it’s all down to an issue of maintenance. The newer digital machine has been broken for ages, they used to fly a Senegalese in to fix it at great cost. There are other machines also broken too

All our public hospitals need it. We’re probably better of with a central team with different skills sets, servicing all hospitals rather than each hospital having “a guy” on contract as it is at the moment

We should purchase direct from manufacture and arrange a training scheme for repairs as part of purchase agreement . Tender trough third parties causes these problems .

10% salary sacrifice should help address that, it’s an essential tool for the hospital