Over 400 aspirants are running for 120 seats in local level elections in the Gambia. The polls of March 12, 2018 are the first post-Jammeh local elections.

The process involves the election of Councillors and Mayors for two main municipalities, Kanifing and the capital Banjul. A local journalist has tweeted that polls opened as scheduled and has been smooth without hitches.

An estimated 900,000 voters are expected to cast their ballots at 1,422 polling stations across the country. President Adama Barrow joined in the democratic exercise earlier in the day. 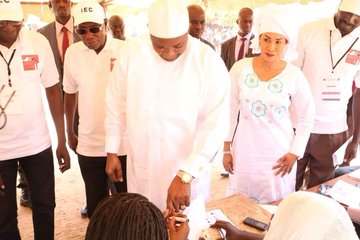 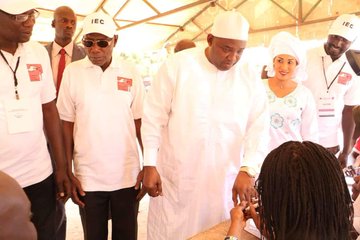 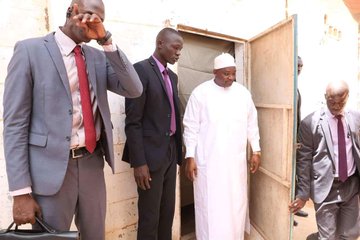 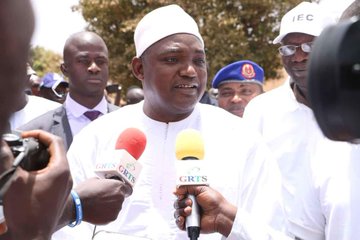 The December 2016 presidential poll led to the ouster of long serving Yahya Jammeh who had ruled for 22 years. He has since flown into exile in Equatorial Guinea. Legislative elections of April 2017 saw Jammeh’s party lose grounds in the legislature.

Under the auspices of the Independent Electoral Commission (IEC) led by Alieu Momar Njai, the polls are likely the last time the West African country will use its unique voting method of using marbles and barrels.

The Elections Commission chief is on record to have said Gambia will switch to the use of ballot papers as per international standards, after the polls.

He was recently quoted by a news website, The Fatu Network, as saying aside following international practice, cost wise, the ballot papers were better than the marbles. This is the second time he has spoken about the move.

In April 2017, Njai described the marble system as a “huge logistical nightmare” but said it will be kicked out in due course, it was subsequently used in legislative polls.

Gambia adopted the unique system in the 1960s as a solution to eliminate spoilt ballots and allow for easy participation of illiterates in the electoral process.