In the Gambia, it is assessed that more than 75% of women and young ladies have experienced Female Genital Mutilation (FGM),  As revealed by the British Prime Minister’s Office.

Musu Bakoto Sawo experienced mutilation as a youthful youngster. At 14 years old, she was married off.

In 2015, Sawo started volunteering for the Girl Generation – an association figured to end FGM.

As the Program Manager, Sawo utilized her direct encounters to give human rights support and backing to the 700 activists and 1.5 million devotees of Girl Generation.

According to the Girl Generation website, “Musu Bakoto Sawo is part of The Girl Generation’s technical team, leading as a Programme Officer in The Gambia, where she contributes towards developing the social movement to end FGM and enabling the scaling up of social change communication. She is a strong women and girls’ rights activist and has in-depth knowledge of human rights through her membership in different community-based organisations and in different capacities.”

Now Read This:  ‘Brufut Won’t be a Problem for us,’ Says Winless Lamin’s Coach

Sawo is also the national coordinator for “Think Young Women” an organization dedicated to women’s rights.

In 2017, Sawo was bestowed with the “Vera Chirwa Human Rights” award for “making an outstanding contribution to the promotion of human rights in Africa.”

Musu Bakoto Sawo from The Gambia 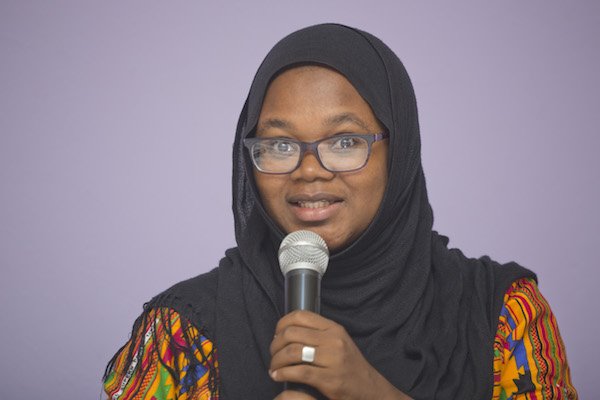 Commonwealth #PointsofLight winner @musubakoto from The Gambia, is a women and girls’ rights advocate, working to #EndFGM and #childmarriage

On April 13, Sawo was given the UK Points of Light recognition by the Prime Minister’s Office. She was presented with the award by Sharon Wardle, the UK High Commissioner to The Gambia.

Sawo said of the honor, “I am very humbled and delighted to have been selected as a recipient of this award. When I started this journey, even as a child, my mission was to influence change in my community and the world. This remains my focus, especially for girls and women in The Gambia. This award encourages me to keep pushing hard to ensure sustainable results in respecting and fulfilling the rights of women and girls. I wake up every morning looking forward to changing someone’s life for the better. I remain committed to ending the cycle of Female Genital Mutilation and child marriage in my lifetime. I know this is possible because I have already started it. Grateful to the teams I work with at ‘Think Young Women’ and ‘The Girl Generation’ for the support and I look forward to more innovative transformations for girls and women. Thank you for this award.”

Wardle added, “Musu’s dedication is an inspiration and truly deserving of this recognition. She is emblematic of a Gambian sisterhood that is resolute in the fight for women and girl’s empowerment. Together with the continued support of role models in the Government including Vice-President Fatoumata Tambajang and Minister of Trade, Dr Isatou Touray, this is a fight that Gambian women can and will win.”

From: How Africa News