In October 2016, Standard Newspaper editor Talib Gibran-whose writings I enjoyed reading published an essay titled “Fula-secution”. That piece hammered home an important yet pressing but worsening issue in our country. As usual, it falls in deaf ears. Neither the concern authorities nor the private citizens made sure to correct the ethnic profiling being perpetuated by the immigration department of The Gambia. Since then there have been countless social media posts and testimonies about the harassment by immigration officials towards particularly one group of people. So this begs the question, what constitute a real Gambian? What is the typical phenotype of a real Gambian? 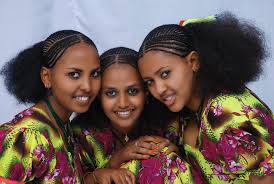 Over the years, like many people I have been keenly following the harassment of the Fulbe in the hands of immigration officers either at their posts, offices, streets, markets, private homes to name a few. Despite complains, there has been increasing reports of harassments of Fula people by the immigration department staff on daily basis. The issue seems to be chronic within their institution which makes me believe it’s another form of systematic tribal profiling within their ranks.

Few years ago, my cousin went to the immigration head office to seek for an ID card. Shockingly he was turn down and asked to provide one of his parent’s identification document. As a young Gainako who lost his mum many years ago and does not live with his dad since a toddler, it was a big dilemma for him. He has culled his cattle at the time and wanted to save the money in a bank. He has also become a frequent traveler within the country and Cassamance due to his pastoralist way of life.

What’s more appalling is whilst he was asked for ‘further proof’ of citizenship, other people were given free passes. He was not the only victim; this trend has continued unabated over the years. Fulas has always been singled out in public by the immigration for baseless proof of Gambian citizenship.

Recently another young man who was dressed in the Fula traditional attire-leppi was stopped by an immigration officer who asked to see his residential permit. The young man-Muhammed Bah reach out for his Gambian passport and show it to the officer. The officer again commanded “I want to see your residential permit”. Muhammed became infuriated. Fortunately, the colleagues of the immigration officer intervened and let him continue his way.

This are not the only stories I know. There are countless other incidents which can make blood of a Poullo like ma boil. A civil servant once told me he has been stopped by our immigration officials countless times in Serrekunda market. He would always show his national identification document. Failure means an arrest. Sometimes they would question how he got the document or demand him to provide them one of his parent’s national documents otherwise they will seize his ID and have him detained. This could be the biggest insult one can receive in his native country. Despite our population size and history in this country, the Fula person has always been the first target of the immigration officers.

When you’re in a gele gele the immigration can bypass everyone and demand to see the national documents of the fula-faced person. As I write, these ethnic profiling cases has skyrocketed. There are numerous reports among Fulbe youth who were denied renewal of national documents and given the usual parent IDs excuse which seems to apply only to Fula people. If the immigration department is seizing national documents they earlier produced, it means two or more things. They are either admitting corruption or proving that someone can buy citizenship in The Gambian.

Whatever the case, I see it illogical to seize someone’s documents-who passed an earlier screening. The immigration always claimed that they produced national documents hence reserved that right to questioned anyone regarding those documents. They maybe be right but only if it is done with professionalism and fairness. The Gambia does not belong to one set of people and it will remain like that forever.

Furthermore, last week my half-brother was stopped by immigration officers who demanded to see his ‘documents’. He politely shows them his national ID card. They were not satisfied. They needed more proof that he is a Gambian. He must provide them with one of his parent’s documents or else he will be their guest at the station. He had to called a close family friend-who works as an immigration officer to secure his release. I was very infuriated after hearing about his ordeal. When has Fulas become second class citizens in our country?

The story of The Gambia was never true without mentioned of our contribution lik any other ethnic group and race in our beautiful country. If anything we deserve is respect as private citizens. My great-grand father arrived here from Futa Toro when Gambia was still a colony. Many others share a similar story including President Barrow. I found it insulting when people questioned my citizenship because of my facial appearance.

Meanwhile we have had enough of the daily bullying and harassment in the hands of immigration officers within borders of our country. I have been living in a foreign country with a homogenous population for almost two years. As I write, I have never been stopped for identification document. My friend Saidal Ali-a graduate student had a similar experience when he returned from Turkey to conduct his research at home. He was stopped in Barra and detained for hours for merely being a Fula traveling around the country without an ID. Hello Gambia! Barra ferry terminal in particular has been the worst places for a Fula person to visit.

The immigration officers are always standing at the gate when a ferry docks scouting for a Fula persons and their similitudes. This is the most despicable act and disservice. How can you pick few people from hundreds or thousands of people and not called that biased? If this does not qualify as ethnic profiling I wonder what will. My friend who unlucky is a Jola (jokes) was stopped by an immigration officers. He asked, “why would you stopped me among the hundreds of people disembarking from the ferry”? their response will shock you. “Because you look like a Fula” they replied. Yes, you read it right.

People like me have been patient and quiet about this burning issue for many years. It has become evident that the situation is worsening. Now we cannot sit down and have our rights taken away from us and be relegated to “second and third class citizens”. The Gambia belongs to no one and every citizen. It is true that we have many immigrants from Guinea but it does not mean the Fulas are the only immigrant populations in our country. 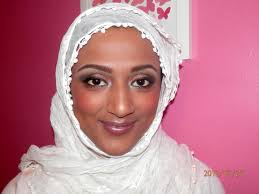 All ethnic groups in our country have immigrant populations among them. So why are Fula treated different by the immigration officials? Do they believe that every Fula originated from the blessed land of Fula D’jallon. If anything the Guineans deserved commendation for keeping our economy alive. They are found in every sector of our economy, working hard to earn an honest living. They never took away anyone’s job, instead they help provide jobs and pay taxes. They have also been one of the most productive migrants in our country.

Most of them came to our country with nothing. They worked hard to earned money and build businesses worth millions. They made Gambia their home and all that wealth remains here. Besides their importance in our economy, they are always faced with criticism either its price hike in basic commodities or bread strike. So before going to the radio to blame the fula man for lack of bread, I will suggest you question your government’s polices than criticizing hardworking business men who feed our country. I agree that they should regularize their stay in our country. Personally I have advised many in the past concerning residential status.

Finally, we are demanding the concern authorities to take swift action and stop the ethic profiling of Fulas. We are tired of being harass in our own country. Enough is enough. Whilst the immigration reserved the right to do their ‘job’, we will not accept to be bullied. Before I end this piece, i want to suggest that the immigration department introduce Gambian history course during their recruitment. Perhaps this may help solve this issue in the long term. For the meantime, I have found them guilty of harassment and ethnic profiling of the Fulbe in The Gambia. I hope you agree as well. Therefore, if the relevant authorities fail to heed to our advice, we will take the law into our own hands.