The Gambia is set to benefit from being designated as a ‘priority country for French official development assistance’.

The Gambian president, Adama Barrow recently appealed to international donors in Brussels, asking them to fill a $1.6 billion financing gap towards the implementation of the country’s National Development Plan (NDP).

The European Union, other development partners and the Gambian government held a conference in Brussels to discuss international support of The Gambia in its democratic transition since ex-President Yahya Jammeh was ousted from power in early 2017.

France, which attended the conference, announced a $58 million financing package that will run until 2022. 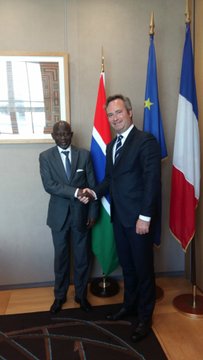 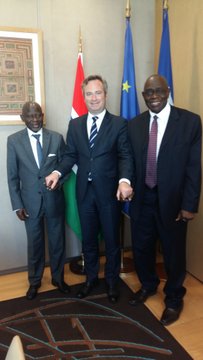 The diplomatic office was closed in November 2013, with France explaining that Jammeh’s regime was not open to any productive collaboration, making the office redundant and costly to maintain.

From the Brussels conference, which was attended by delegations from 43 countries and 10 international organisations, Gambia mobilised a total of $1.7 billion to support the NDPand democratic transition.