Confederation of African Football (CAF) has banned Gambian referee  for 10 years after his involvement in a bribery scandal during WAFU football championship in Ghana. 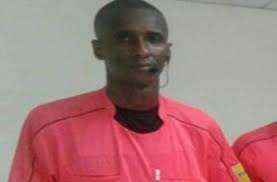 As reported by Ghana News, the African football governing body has taken disciplinary action against 11 officials implicated in the Anas Aremeyaw Anas’ documentary which exposed corruption in football administration in Africa.

The decision was taken after Disciplinary Board of CAF meeting held on 7 July on referees who were captured in the secretly recorded video taking bribes before officiating various games.

Assistant Referee Mr. Ebrima Jallow was handed 10 years ban from all CAF related football activities. Others were banned for years ranging from 2 to 10, a press release issued by CAF on Saturday announced.